For my final post I wanted to look at something that we had previously looked at in lecture, urban heat islands. The temperature of cities is significantly higher then the temperature of surrounding areas during all times of the year. This has to do with the fact that a large part of the land in cities is covered by surfaces that retain heat. In order to reduce the urban heat island effect many cities have started placing roof gardens on many buildings. Also people can plant more in the city in order the help reduce these effects. 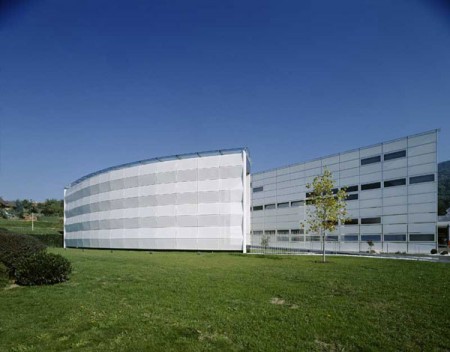 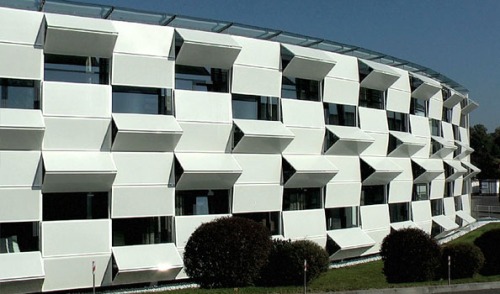 COR is a mixed-use structure that was developed by architect Chad Oppenheim, engineer Ysreal Seinuk, and energy consultant Buro Happold that would have been placed in Miami. The tower incorporated the use of wind turbines, photovoltaics, thermal mass insulation, solar hot water, and natural shading. Many of these green functions are placed in the exterior shell of the structure. The site studies and drawings of the project can be seen below. 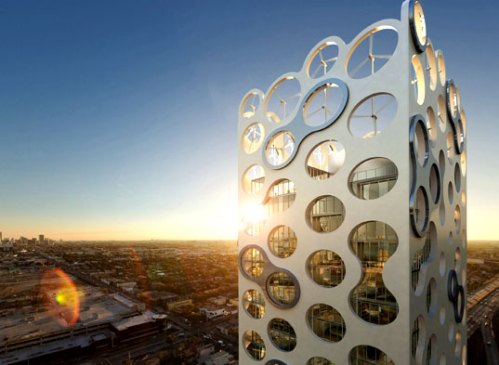 In this reading Baker and Steemers talk about the use of a mashrabiya in areas of the world where an extreme amount of light is constantly entering buildings so it is necessary to control it. A mashrabiya soften the light entering the structure while still allowing air to flow freely through a wall. It also allows for a level of privacy while still allowing for view out. Below is a picture of a traditional mashrabiya.

While looking at images of mashrabiyas I stumbled upon the addition that was made to the Lille Metropole Museum by Manuelle Gautrand in Villeneuve d’Asque, France. The addition uses mashrabiyas not to allow air to flow into the museum but to control the amount of light that enters the galleries. In some areas it softens the light while in other areas it completely blocks the light in order to protect the pieces of art. 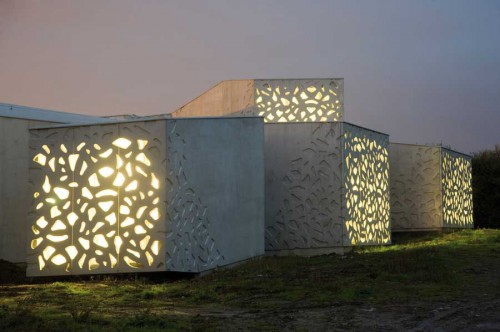 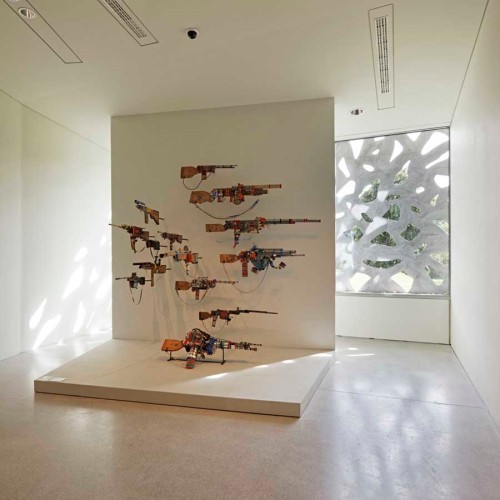 The stack effect allows for natural ventilation to occur in a building as air moves through the building from a low point to a high point. In my studio project I am designing a culinary institute and in this building, right now, there are large void spaces that separate the different volumes. These volumes can be used as space for natural ventilation, in particular through the use of the stack effect. Below is a diagrammatic section of my building showing the large void spaces.

Natural ventilation can also be seen in building such as the Amsterdam Public Library where these large void spaces reduce the need to use equipment in order the move air through the building. 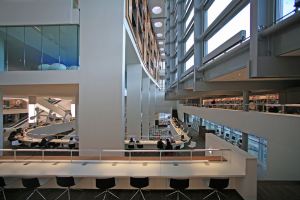 The GSW Headquarters in Berlin by Sauerbruch Hutton is designed with a low energy concept and uses systems of ventilation, heating, and lighting in order to reduce the energy consumption.

The solar shading system and the solar flue were designed with the use of the computational fluid dynamic (CFD) analyses which allowed for the room temperatures throughout the year to be observed. The west façade of the building consists of three layers that create the solar flue. The colored panels on this side of the building can be opened and closed by the occupants in order to let in or shut out light; however, they can also be controlled by management in order to prevent overheating. The east façade of the building consists of two layers, creating a buffer, and is ventilated on each floor.

LOOP is a gathering space that was designed by Howeler and Yoon Architecture for the PS1 courtyard at the New York Museum of Contemporary Art as part of a design competition. 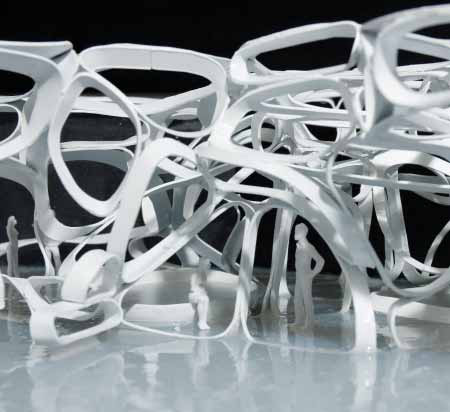 The loops would not create enclosed space but instead would form a series of smaller spaces throughout the courtyard. The separate spaces would then be defined by that activities that occurred within them, which could change from day to day and at different times during the day. Some of the spaces would not be defined by the activities that people chose to do but by the instillation that would be in spaces such as a pool, waterfalls, bubble jets, and a trampoline. People would be able to interact with the wall as they can sit, relax, and gather within them. This space was designed to be shaped by the social interactions that happens inside it.

Before our studio trip to Philadelphia we looked up buildings that were in the area. I found this high density development called the Rag Flats that was designed and build by a firm called Onion Flats. 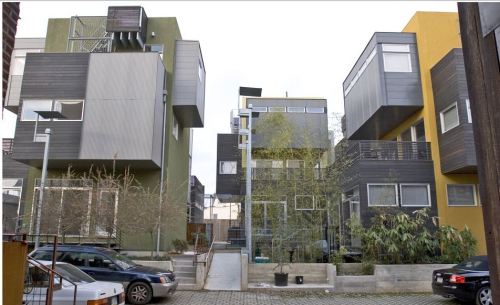 The building had previously been an industrial rag factory but was converted into living space by Onion Flats. The five buildings contain eleven units that use many green systems. The apartments receive 80-100% of there electricity from solar panels, there is a 6000 gallon underground rain collection cistern, they use radiant floor heating, and they have many habitable green roofs. Also the buildings are designed so that they receive a large amount of natural light so that they don’t have to use as much electricity.

Justin Beiber Saves the World (or The Bay)

People are constantly being influenced by the media. It surrounds us and we are always taking into account what the media has to say. Because of this Heather, Samantha, and I believe that by increasing the amount of information about the bay in the media then people would become more aware of the bay and how they can help it.

This change in the media ranges from advertisements in magazines and on television, to a chart that would be featured daily in the newspaper and the internet, to celebrity support of the bay. Just by getting the message about the bay out to a larger population it would increase the about of people who want to help. Hopefully over time this would help increase the health of the bay.