Justin Beiber Saves the World (or The Bay) 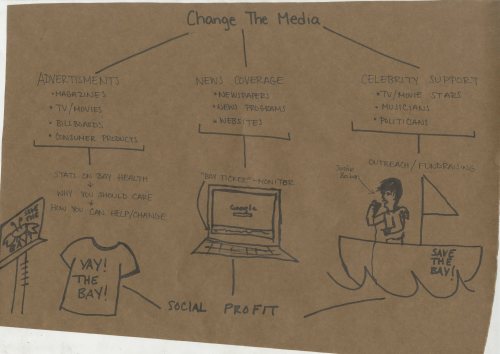 People are constantly being influenced by the media. It surrounds us and we are always taking into account what the media has to say. Because of this Heather, Samantha, and I believe that by increasing the amount of information about the bay in the media then people would become more aware of the bay and how they can help it.

This change in the media ranges from advertisements in magazines and on television, to a chart that would be featured daily in the newspaper and the internet, to celebrity support of the bay. Just by getting the message about the bay out to a larger population it would increase the about of people who want to help. Hopefully over time this would help increase the health of the bay.

This entry was posted in Uncategorized. Bookmark the permalink.